Home Blog Samsung Galaxy A12 | Is It Worth It or Not?

Samsung, one of the kings of the mobile world, has yet again come up with another innovation. Samsung Galaxy A12 was launched on February 16, 2021. Also, Its primary built-in security feature – the fingerprint sensor is unparalleled. Also, I really like the naming scheme of the Samsung Galaxy A series. In Samsung Galaxy A12, “1” depicts its tier, and “2” depicts its generation. Let’s find out what you are getting at an entry-level price: 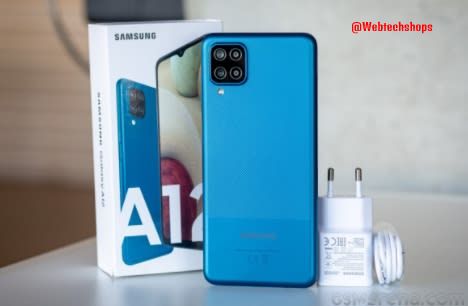 Our Related Article: OPPO Smartphones Under 15000

Now, Samsung Galaxy A12 comes with solid earpiece quality. The sound from the other end will be sufficiently loud and clear. Even at high volumes, the voices will barely get distorted. However, that is not the same story for the other party. The microphone sounds are muffled sometimes. So, skype video calls that have a built-in front-facing camera come with a few issues. Samsung Galaxy A12 is equipped with Voice over Wi-Fi (WLAN calling). Also, Users can make calls to places with no availability of mobile networks using a WLA connection. One of the popular features of the Samsung phone is the support of Voice over LTE (VoLTE).

On the back of the Samsung Galaxy A12, the camera module has an ultra-wide-angle lens with a resolution of 5 MP and a depth camera and macro lens. As per the database management assignment help provider, “The smartphone supports pixel-binning, its primary camera setup is 48 MP, and it uses a maximum aperture of f/2.0. Its 12 MP picture shows satisfactory image sharpness during daylight. Its detailed work is also produced quite well.”

The smartphone is powered by a 5,000mAH battery. Due to its low-powered chipset, the battery lasts for a very long time. With its fast charging facility, you can get a 2-day worth of battery life in just one charge.

Samsung Galaxy A12 is based on Android 10. As per the manufacturer, the smartphone is likely to update the latest version 11 and the newest one, UI 3.0, in Q2/Q3 at the end of the year. Although it is missing several features like Samsung Pay and Edge Panel, the smartphone is equipped with NFC support.

Pros and Cons of Samsung Galaxy A12

Below, we have listed out a few pros and cons of using Samsung galaxy A12.

Should you buy the Samsung Galaxy A12?

It is not recommended to buy Samsung A12 if you want to play PUBG or CODM on a regular basis. The battery drains 20% faster, and I am not the only one facing the issue. They have a poor processor, and its screen sensor sometimes freezes. The speaker of the Galaxy A12 is sufficiently loud. As per its price range, they are much louder and also sound better. Its sound output is relatively loud, clean, and comes with little noise.

Now, Samsung had been successful in creating a solid smartphone in the lowest price segment. Also, It takes decent pictures. Its textured surface on the back is impressionable. One of its good features includes One UI. However, the company must work on its performance section for the next model, to increase its sales.

AUTHOR BIO: Jeremy Miller is a software engineer in one of the USA’s most reputed companies. He is also affiliats with MyAssignmenthelp.com, where he assists students with database management assignment help.

Author
Lara chris
Lara Chris is a freelance writer interested in topics related to business, technology, and travel. I have a passion for meeting people from all walks of life and bringing along the latest tech to enhance her adventures.

The Best Tech Gadgets for People on a Tight Spending Plan

No comments to show.

5 The Google Update Star can change the game for local businesses. If you want to buy 5…
byLara chris
13 shares
13
0
0
Read More

6 Vital Aspects Reveal Whether You Should Accept HostGator or Not